Wasn’t it enough that he crushed her heart, did he have to be her only hope also. 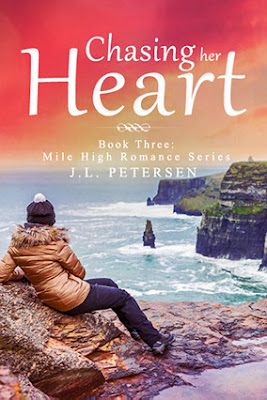 Shane was ready for a change from his demanding and dangerous job. Just as he finished his final assignment in Europe, he received a request from his best friend back home asking him to use his skills and chase down his wife’s flighty friend. Once he located her, he found himself attracted and feeling protective when troublesome incidents kept occurring around her.

Liz’s desire for love and fulfillment took her to Ireland to explore the land of her ancestors. Little did she know she’d walked right into a dangerous situation that could put her life in jeopardy. Now the sexy, arrogant Shane has inserted himself into her life. Confused and irritated by her attraction to him, she knew she could trust him to keep her safe. She just wished she could trust him with her heart.

Elizabeth “Liz” Callahan is brave enough to decide her life needs a change.  I’m too set in my ways so I don’t know that I could take that leap.  Shane Brewer is willing to help a friend out.  It’s interesting to see how fate seems to have intervened where these two characters are concerned.  But this story is not all about the connection that you see develop.

The author creates a scene where our two characters are having a conversation.  I would have loved to be a fly on the wall during that interaction.  You know an author is doing their job when you want to get involved with the people they write about.  I would have been a happy camper to see our couple getting to know each other.  But Ms. Petersen goes one step further and puts in some suspense – I just have to remember to breathe.

This is one of those books where you will want to take a trip to the places described between the pages.  The only thing you would need to decide is if you’re going to travel alone or go with a companion.  But if you’re someone that can’t do that, why not just play some music from the country they are in.  This way you can still enjoy the country but from the comfort of your chair.

For me this story was more about the experiences – the travel, learning more about what makes these characters tick, and the mystery of what’s happening to Liz.  Any romance that would develop is just icing on the cake – and who doesn’t like a delicious slice of cake.  The ending just seemed to come all too soon but what’s good is that I can re-read the book at any time.  And I can also catch up on the series at any time.  The only thing is that the ending didn’t give me an indication of another book coming so we will just have to wait and see. 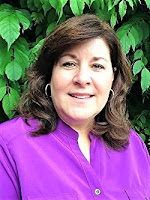 Liz woke up early before the sun was up the next morning feeling swollen eyed and lethargic. After Shane left her room last night, she’d cried and fallen asleep with her clothes on. He made her feel things she only dreamed of. She knew she was afraid of him. Not because he wasn’t a good man, but because she didn’t think she could trust him with her heart. She wished she could talk to her friends, Jenna and Baylee back home. But the time change made it impossible last night and this morning she wanted to focus on getting her balance back.

She felt marginally better after taking a shower, but her eyes were still puffy from her crying jag. Deciding a cup of tea would help, she moved to open her door quietly so as to not disturb the other guests. She had her door partially open when she saw Shane’s door open and Bette step out. She was dressed in a short robe with bare feet. Liz watched as she turned to say something to Shane who stood at the door in unbuttoned jeans, bare feet and no shirt. His hair was rumpled in the just got out of bed way. Liz’s heart caught when Bette reached out and placed her hand on his bare chest similar to the way she did at the castle. But when she reached up to place a kiss on Shane’s cheek it was all Liz could do to mute the gasp that wanted to escape her lips.

Liz quickly, but silently, closed her door and bit her knuckle to keep from crying out. Damn the man! The pain was so piercing Liz had to acknowledge that she must’ve held some hope Shane was a man she could trust with herheart. Moving away from the door she went to sit on the edge of the bed. She couldn’t spend any time with Shane or Bette without inflicting hurt on herself. She wanted to leave. She needed to calm herself and make some plans.

Somehow she just knew Shane would follow her. So she needed to leave without his knowing. Think, Liz, she told herself. He said he had things to do today and they had plans for dinner at six. So he shouldn’t pose a problem for several hours. She didn’t want Bette to know either, although she couldn’t see why it would matter to her.