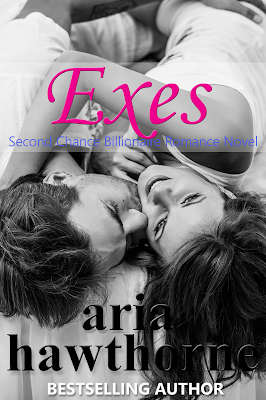 When Chicago real estate tycoon Harvey Zale pings a “friend of a friend” with a flirtatious text, he never expects to start an addictive sexting affair with a complete stranger. He’s a billionaire who can get any woman he wants, but he can’t have her—his mysterious, sultry Contessa, who inspires his nightly confessions and soothes more than just his conscience from the consequences of his own shallow ambitions.

He’s determined to build the tallest towers in the world and he needs to sell his Chicago riverfront property to finance it. But when Alma Castillo, the Lara Croft of antique hunters, shows up on his land, claiming the existence of a priceless Tiffany stained glass window and doing everything in her power to muck up his deal, he knows he’s got more than a stray cat to collar and tame. She’s not only on a mission to save long-lost antiques; she’s also on a personal crusade to hate his guts.

He would know. She served him divorce papers a year ago, just to prove it.

And he’d care a helluva lot more if his ex-wife’s sassy tongue and wicked intelligence didn’t turn him on every time she called him “a**hole” and if she didn’t look so damn cute in those baggy overalls, disguising her affinity for being naughty as much as being nice.

Perhaps even as naughty as his Contessa, who unlike Alma, doesn’t know anything about his real identity or flawed, billionaire reputation, which flames his desires to escalate their fantasy relationship into the reality of one scorching night of mindblowing...

If he could only get his mind off his ex-wife—the only woman he's ever truly loved. God, woman...if she would just let him pleasure her scornful frown and turn it oh, oh, oooohhhh so upside down, maybe he could convince her to marry him again.

But no one ever said it was easy being a greedy opportunistic billionaire bastard, especially one who happens to know there’s nothing better than makeup sex with an ex…

Please note that all of Ms. Hawthorne's billionaire romances are stand-alone novels set in Chicago with minor subplots and secondary characters that intersect, but each book can be read and enjoyed in any order.

"5+ Stars… Can’t say enough great things about this book! This is a must read for anyone who loves a good romance!" - Books and Boys Book Blog

"I really cannot wait to read more by this awesome author, so just going to end with HIGHLY HIGHLY HIGHLY RECOMMENDING Exes to ALL!" - The Power of Three Readers

"This book took me on a roller coaster ride and I enjoyed every second of it. This is a great story of how sometimes love is not lost and finding your way back to what makes you whole is so worth it." - Nerdy, Dirty and Flirty

Harvey Zale is a very rich man but that doesn’t make him happy – but oh so lonely.  He’s a man who could probably have any woman he wants but in the first chapter he’s by himself with booze for company talking to a woman he’s never met.  Alma Castillo has a sister I fell in love with.  Growing up in a household where my siblings were all boys, this was one thing I missed.  Conchita had a way of lightening the mood of that first chapter.  Otherwise it would have been a very sad way of starting this story off.

Alma was a hard woman to figure out.  What I found surprising was that she just about lets her father walk all over her but she isn’t above telling Harvey a thing or two.  They have an altercation that piqued my interest and had me wishing that I were there while it was going on.  But it didn’t stop me from feeling that the first half of the book was moving a little slow.  I know that there was a lot going on but it was like the ebb and flow of the ocean.  Some scenes would pick the story up and other scenes would slow things down.  But Conchita had a way of changing that.

You can’t help but feel the love of art here – especially the antiques and architecture.  It had me wondering if it’s in part because of the author’s personal interest.  Not having read the other previous two books I can’t say for certain. Even though the author states that this is a stand-alone, to better understand her characters and how we got to this place with this story, it would be best to go back and read Closer and Devotion.

I was more interested in learning how Alma and Harvey grew apart – what drove them to the place they were at the beginning of the story.  How interesting it was to see, even though divorced, they always seemed to be in each other’s space and you could almost feel the energy change when that happened.  Ms. Hawthorne also helps by including a mystery that needs both of them to solve.  It’s the second half of the story where we really see them interact like a couple.  It takes a lot to get there but just as in real life eventually you get your happy ending. 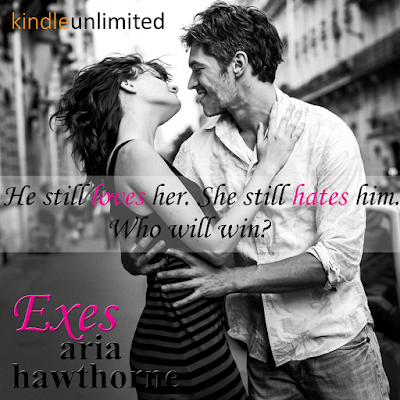 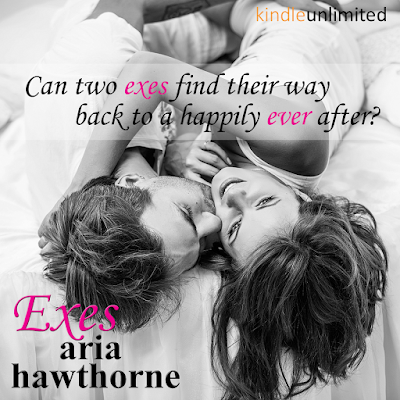 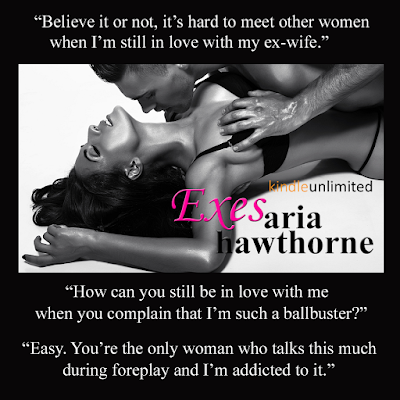 Bestselling author Aria Hawthorne loves writing about billionaire men who lavish their women with expensive jewelry and ravish them like queens in bed. CLOSER - A Billionaire Romance was awarded a KDP Select "All-Star" award from Amazon US and UK for being one of the Top 100 "Most-Read" Kindle novels following its launch. EXES - A Second Chance Billionaire Romance novel is her newest stand alone release. Once upon a time, she lived in the grand lakefront city of Chicago; now, like a forlorn lover, she simply yearns for the day when she can return to it. You can find more information about her on her Facebook author page: https://www.facebook.com/AuthorAriaHawthorne/ 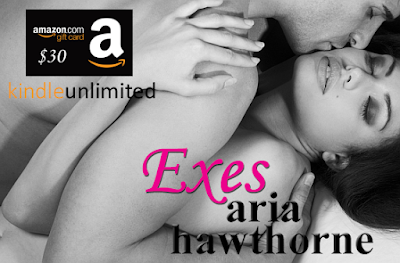