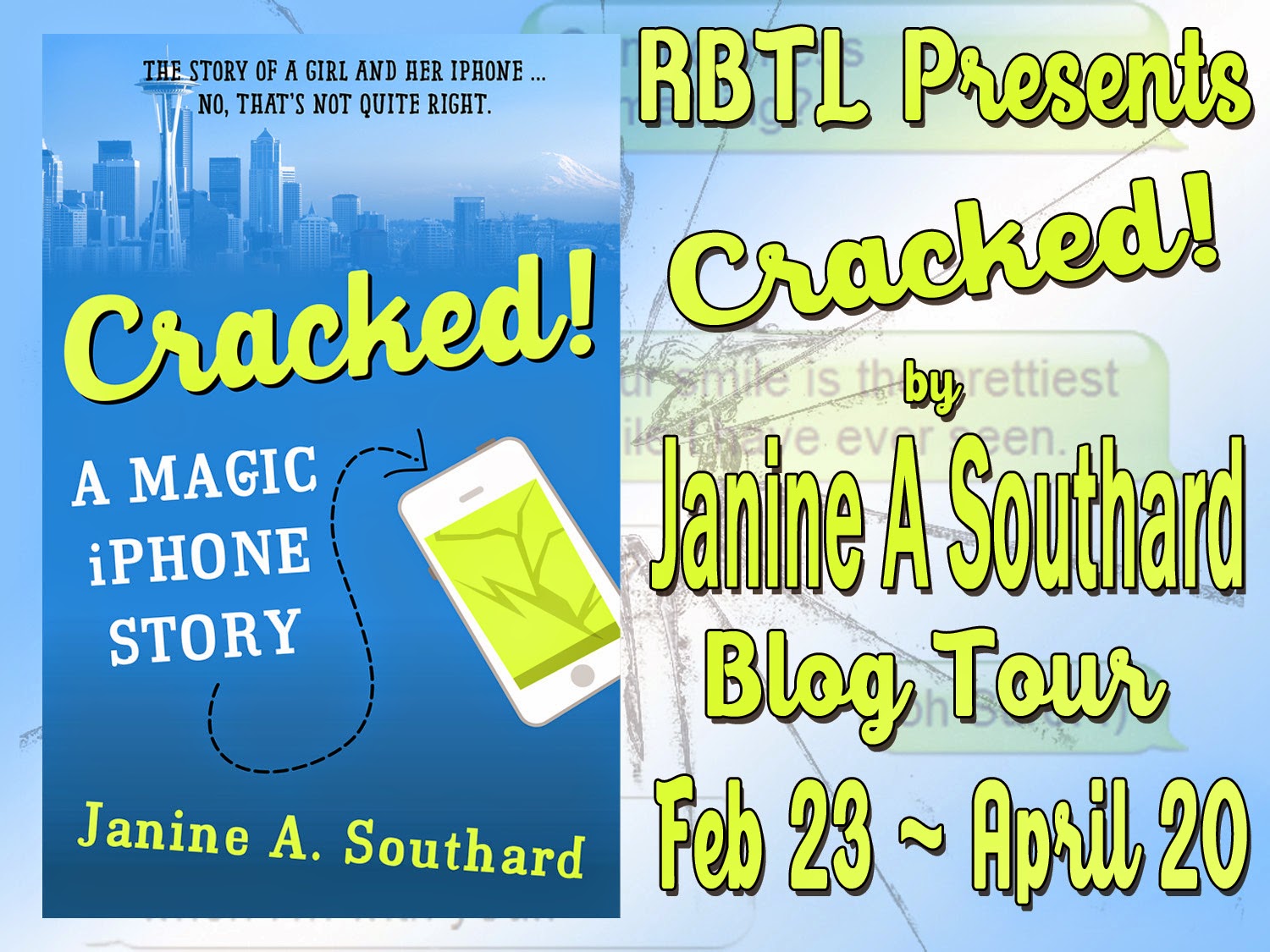 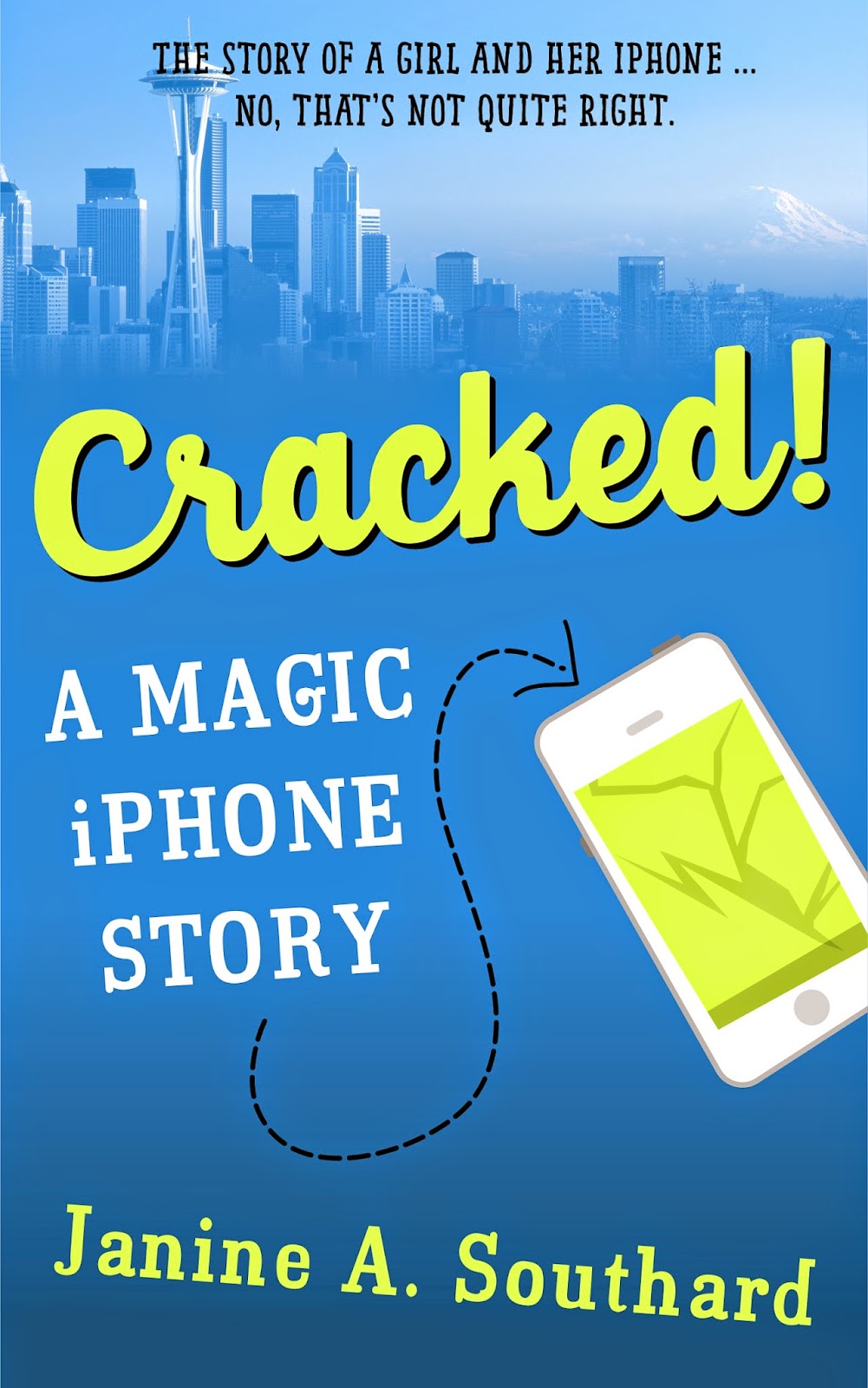 What can your phone do for you?

So let’s try this again.

This is the story of a woman who wished to find love, but who would rather play story games than actively look for it. Especially in the wake of a horrid break-up six months before from a man who had never sent her a single gift.

Until this Valentine’s Day, when she received a brand new iPhone in a box with his name on it.
Between story gaming and succumbing to the phone’s insidious sleekness, she learns that friendship trumps romance.

In Cracked! A Magic iPhone Story, award-winning author Janine A. Southard (a Seattle denizen) shows you how the geeks of Seattle live, provides a running and often-hilarious social commentary on today’s world, and reminds you that, so long as you have friends, you are never alone.

This is the story of a girl and her iPhone. No, that’s not quite right. This is the story of a middle-aged statistician and her best friend. Though she didn’t consider herself middle-aged. And the best friend was more of a roommate-with-whom-she’d-developed-a-friendship.
And this description completely ignores the 6,000-year-old elf with whom the woman and her best friend enjoyed story gaming.
So let’s try this again.
This is the story of a woman who wished to find love, but who would rather play story games than actively look for it. Especially in the wake of a horrid break-up six months before from a man had who never sent her a single gift.
Until now.
That man, who is otherwise unimportant to this narrative, had no sense of timing.
He had, foolishly perhaps, expected something different from their three-year relationship. He’d been after crazy spontaneity and over-sexualized Carnivale stereotypes from his Brazilian-American girlfriend, whereas she’d merely expected companionship and a proposal.
So when the breakup arrived instead of a ring box, it came as quite a shock to Morena (for that was the woman’s name). And on this day, when she saw a package on her kitchen table sporting his return address (likely carried inside the night before by her staggeringly drunk roommate), she almost took it down, unopened, to the recycling bin in her apartment building’s garage.
But she didn’t.
In a fit of whimsy disguised as righteous fury, she wielded a utility knife and tore into the obviously reused box with Amazon.com emblazoned on the side. She slashed at the cardboard and threw packing peanuts all over her matted beige carpet, which had witnessed many a discarded packing peanut before.
The carpet didn’t mind, but it would have worried about usually sensible Morena’s mental state if it had the kind of mind that knew how to worry. But it was a carpet, so it didn’t.
If this book were a movie, the non-trash-bound contents of the box would now be surrounded in a soft yellow glow. There would be swelling music whose pulsing undertone would let the viewer know that this, THIS, was a significant moment. But since this is a book (and, for Morena, this was real life), these things did not happen. Instead, she got a paper cut from the crumpled newsprint that cushioned a very ordinary-looking iPhone.

We seem to have a narrator that gives the reader an interesting perspective of what’s going on (third person).  Morena has received a quizzical package that contains something very unexpected.  Then the reader is introduced to Vadim – as you read, you wonder how he fits in the story.  One thing I liked is that each chapter had a title.

From what the narrator tells the reader in the beginning, someone known as Magic Guy may play an interesting role in Morena’s life.  And then this is when the story got hard for me to get into.  I loved the concept of whose telling the story.  But maybe I didn’t quite get it because I’m not a gamer (some references were lost on me unless I did some research), my cell phone isn’t attached to my hand, and I’m past a certain age.  I also found it a little slow – narrator can go off on tangents.  But the idea of a magical phone is an interesting concept – maybe it will overtake Match.com or eHarmony.

I did enjoy that one of my favorite shows made it into one of the scenes so that did pique my interest.  There were times that I thought our narrator gave away too much information to the reader – didn’t leave much to my imagination. At certain points in the story, I wasn’t sure if the story was about Morena or her friend, Suzyn – who is the main character.

It’s a book that you will probably have to decide if you want to take the chance on – felt this might appeal to a younger audience (18+).  It’s not a story where you have to curl up in a chair and get lost in the story.  I’ve never been to Seattle and found some things confusing but it did have me put parts of the town on my bucket list.  And I can certainly say, in all honesty, that I have never read a book like this before. 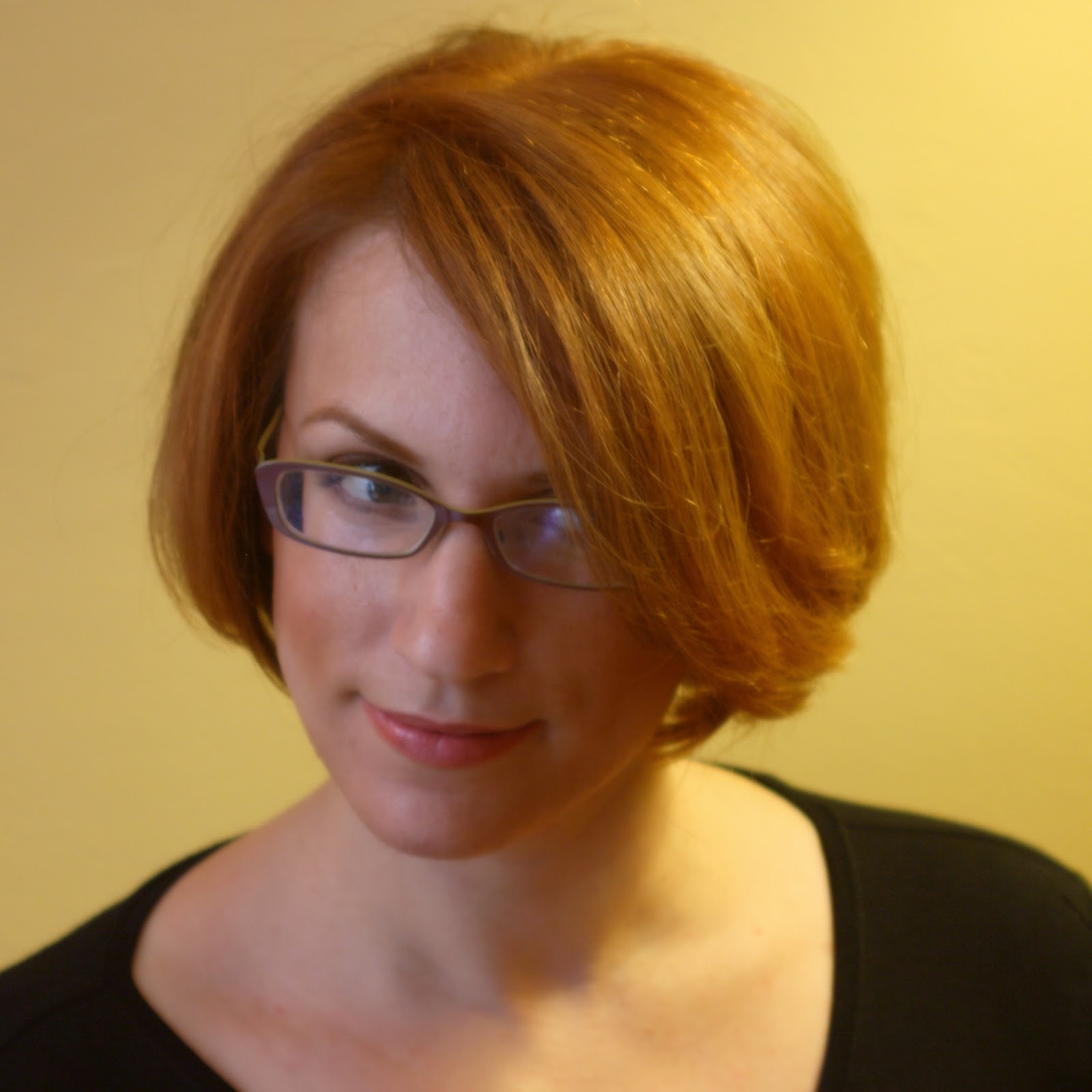 Janine A. Southard is the IPPY-award-winning author of Queen & Commander (and other books in The Hive Queen Saga). She lives in Seattle, WA, where she writes speculative fiction and reads it aloud to her cat. She’s story gamed a few times and hopes to someday make a tie-in game for this novel, but first she needs to finish writing all the other books on her list. Besides Cracked! A Magic iPhone Story, she is also the author of:
Queen & Commander (The Hive Queen Saga, #1) – IPPY award-winner for Science Fiction (2013)
Hive & Heist (The Hive Queen Saga, #2) (2014)
“The Robot Who Stole Herself” (A Hive Queen Tie-In Short Story, 2014)
These Convergent Stars (2013)
“Maintaining a Free Mars” (2014)
“Prophesy Murder” (2014)

If you want email updates when Janine A. Southard's latest books are released, sign up here (http://bit.ly/janinenews). You'll be contacted for new releases and release-related news (like when her next Kickstarter project is coming). Usually, this is once a month or so, but sometimes goes longer or shorter. Your address will never be shared, and you can unsubscribe at any time. Plus, you'll get a free short story!