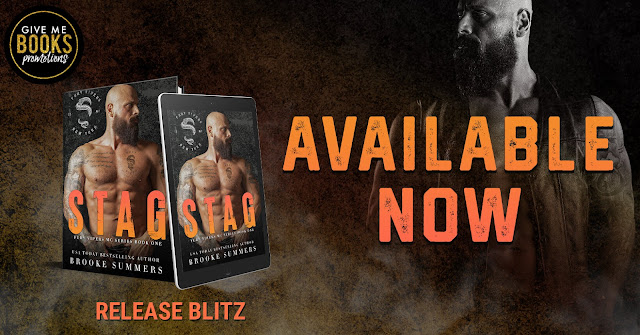 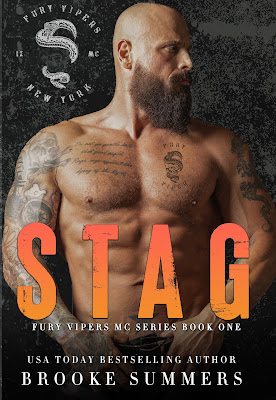 She’s a princess locked away without any hope. He’s her dark knight in leather.
Stag has been in and out of juvie for years, but now he’s determined to keep his nose clean… or as clean as the Road Captain for the Fury Vipers MC can be.
He's found a brotherhood, one that he'll protect until his dying breath.
Then he sees her and his plans go up in smoke.
She’s the club princess and completely off limits.
An accident destroyed everything. Kinsley's life is now her own personal hell.
Having to pay for the mistake that she made, Kinsley's now bound to a man that makes her skin crawl.
She has no other options and eventually she learns that life isn’t a fairytale.
Then she meets Stag and he has her dreaming of a life that's without pain.
But Kinsley knows that for her, there's no escaping the crumbling castle that she’s been locked away in.
Not if she doesn’t want anyone else that she loves to be hurt.
Can her salvation also be his redemption? 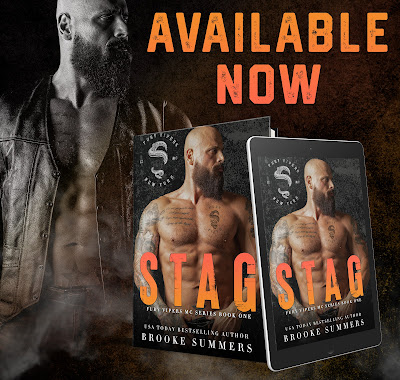 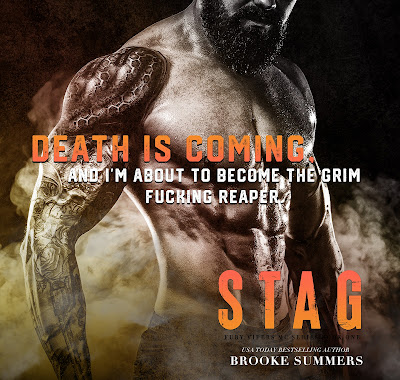 EXCERPT:
"A strong hand clamps down on my thigh, pulling me out of the growing panic that was clawing through my stomach. I glance down and see a tattooed hand gripping my leg. Stag. God. He shouldn’t be touching me. Heat pools between my thighs and I press my legs together.
“Darlin’,” he growls against my ear so that only I can hear him. His breath is hot against my skin and I resist the urge to shiver. “Behave yourself. I’m no saint and if you keep that shit up, I’ll have my fingers so far inside of your pussy that every brother here will know how you sound when you come.”
My breath hitches and I turn to glare at the asshole who’s making things worse, now my panties are wet. But the fucker just smiles at me and I swallow as I realize just how sexy Stag truly is.
He’s six foot four, his body taut with muscles and from what I can tell, tattoos. He’s bald, but that just adds to his sex appeal, his blue eyes hold a lot of secrets, ones that I want to unfold. His black beard is long and thick. I can’t help but wonder what it’ll feel like when his face is between my thighs.
God, I’m losing my mind. I shouldn’t be thinking about having Stag touch me, let alone eating me out. I’m dancing with danger and there’s only one ending for me. I’m going to get burned."
This is unedited and subject to change. © Brooke Summers 2021 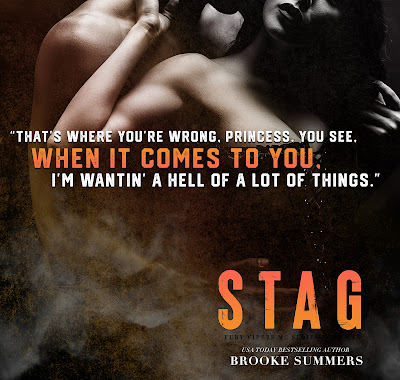 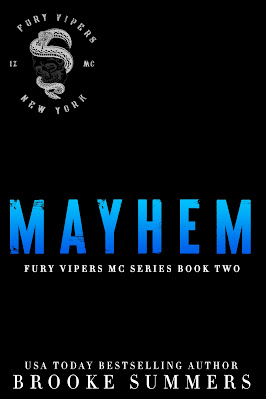 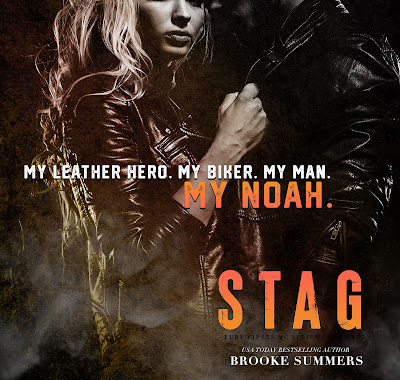 USA Today Bestselling Author Brooke Summers is a Mafia Romance author and is best known for her Made Series.
Brooke was born and raised in South London.
She lives with her daughter and hubby. Brooke has been an avid reader for many years.
She's a huge fan of Colleen Hoover and Kristen Ashley.
Brooke has been dreaming of writing for such a long time.
When she was little, she would make up stories just for fun.
Seems as though she was destined to become an author.
AUTHOR LINKS: 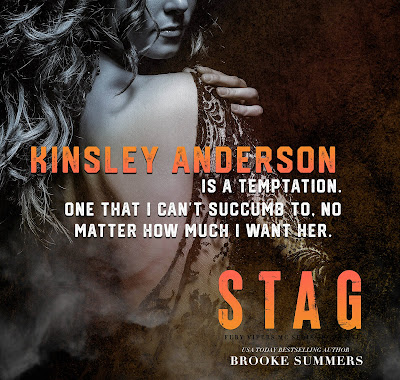