Message From Rhett Bryan, the Hero from Come Home To Me:

Hello and welcome. Most of you may know me as Rhett Bryan, host of Late Night in LA with Rhett Bryan, but you may be surprised to know that I’m not a Hollywood native. I know, I know, I do all those commercials for the California tourism guys and spend way too much time eating fish tacos on the beach, but I actually grew up a small-town Southern boy in coastal South Carolina. So, yeah, beaches, but they were different. There were no rocks – just tons of driftwood and marshes butting up to the sand beaches. My hometown – Moonlight – was on the bay and it was pretty much quintessential small town USA. I played baseball in high school. I was a catcher which is probably why my knees hate me some mornings, and I, no kidding, dated the prom queen. So throw all your stereotypes at me. I lived with my Grampy Pete on a small island – there are groupings of islands on the South Carolina coast – and I learned to love the water and all the things in it. I was a decent student and had lots of good friends. I struggled in Calculus and so the smartest girl in our class tutored me. I really liked Summer – she was cool. But something happened to her on prom night, something that still bothers me when I think about it. So like most people from small Southern towns, there are memories that haunt me. I guess Summer Valentine is one of those ghosts. 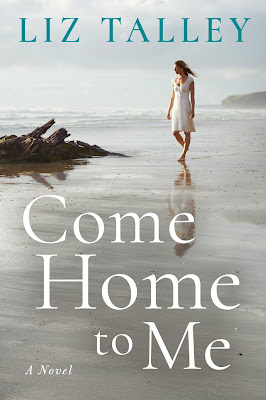 Summer Valentine has returned to Moonlight, South Carolina, a very different woman from the naive wallflower who left years before. These days she’s straightforward and savvy, determined to do right by her son, David, even if that means cashing in her struggling music career in Nashville and returning to the town that drove her away. Sure, she took a fall. But at least she now knows where she stands . . .
Despite her anger over the past, Summer believes David deserves a relationship with his father, Hunter “Hunt” McCroy. Though Hunt’s illustrious career has faded, privilege still protects him from his worst mistakes.
Someone else is back in Moonlight too: Rhett Bryan, the golden boy of Hollywood, who’s taking stock of his own life after a tragic accident. As his rekindled friendship with Summer quickly deepens, she must reconcile the painful history that ties her to both men—one she’s finally forgiven, one she’s afraid to love—to claim healing and happiness.

Excerpt From Come Home To Me:

“Pass me that spool of ivory satin,” Summer said, pinching the base of the orchids she was making into a corsage. She hated making corsages because they took an enormous amount of time for such a small reward. Summer much preferred helping her sister to create big, lush bouquets designed to grace pulpits or casket tops.

“So what’s he like?” Maisie asked, jabbing a wire between her lips and tossing the spool toward her older sister.

“You know damned well who,” Maisie muttered around the floral wire.

“I’ll say,” Maisie said, managing a smile around the wire. Or she had gas.

Maisie took the wire and wrapped it around the base of a white rose. Summer hated white roses. They made her think of death.

Summer’s sister may have been seven years her younger, but she didn’t look it. The recent divorce had weighed heavy on Maisie, and the young mother looked tired and worn. Which was why Summer was quick to pitch in when Maisie needed help. Her sister had someone who ran the front of the shop and handled deliveries, but when there were multiple big events like homecoming or a large funeral, she needed an extra set of hands. Summer wasn’t necessarily talented at creating floral displays, but she could trim stems and make bows.

“He’s not like he is on television,” Summer said, not wanting to talk about Rhett, mostly because, like years before, she couldn’t seem to get him out of her mind, but if she avoided the fact that late night’s favorite son was staying next door, Maisie would be suspicious.

Yeah, he’d been on her mind too much. So what?

Lord, the sadness in his eyes haunted her, and, God help her, she wanted to make that better for him. Problem was, she didn’t know how, and she had no right to want anything when it came toRhett. She’d learned that long ago. There had been something between them even back then, but it was not romantic in nature. More of an understanding, an acknowledgement that each could see through the bullshit life shoveled their way. Had nothing to do with the erratic beating of hearts or breathless kisses … at least not on Rhett’s behalf. “I mean, he’s charming and funny, but he’s not dazzling. Eh, I take that back. He’s dazzling but real. That’s it. Rhett’s still a golden boy, but not so shiny you can’t look at him.”

Crap. She’d overshared, and now Maisie might glimpse the former longing that had made a strong comeback. Fine. She could admit it to herself—she’d never really gotten over the crush on Rhett. He had always been her ideal, but she was also reasonable enough to understand that she’d built Rhett up in her head. Sure, he was a good guy and a Hollywood celebrity, but he was just a guy. He scratched himself, forgot to recycle, and probably didn’t tip the bag boy at the grocery. Everyone had flaws. “No. I’m just saying.”

“‘I’m just saying’ is everyone’s cop-out when they don’t want to admit something.”

“That’s because I’m seeing one,” Maisie said with a grin. She then jabbed the rose into the large spray, making it look somehow perfect. Summer’s sister was definitely talented and had become the go-to florist in town. There were a few other florists, but none had as artistic an eye as Maisie. “Can you date your therapist? ’Cause I think Dr. Weaver is really doing it for me.”

“I think that’s against some law or something.”

“Let’s talk about Rhett Bryan some more. And that giant torch for him you’re toting around.”

How did Maisie know? She thought she’d gotten better at hiding the longing for Rhett. “I don’t have a torch for him. And if I did, who cares? Half of America has a thing for him. He’s cute.”

“But it’s more than that for you. I mean, Nessa once told me you were totally in love with him in high school.”

“I had a crush on him in high school. So did every other girl. And when did you see Nessa?”

“She came home a few weekends ago. You had a gig in Columbia, remember? She’s doing good. Nominated for preschool teacher of the year in her district, and her twin girls are so cute.”

“I missed Agnes and Bess?” Nessa lived in Charleston and came home a few times a month to see her parents. She and Summer’s sister had become good friends when Maisie lived in Charleston while Brad was in school. That they both had a set of twins bonded them even further.

“Don’t try to change the subject. I’m just saying every time I bring up Rhett’s name, I can tell. You’re still into him,” Maisie said.

“Fine. Once upon a time, I had a thing for him. But that torch has been extinguished. What you’re sensing right now isn’t about having a thing for Rhett. It’s just he’s an easy guy to like, and we’ve always been friends.”

“Okay, I believe you.” Maisie lifted a thin shoulder and flattened her mouth. “But if the opportunity arises go for it. Those Hollywood types sleep with anyone, right?”

“You know what I mean. You won’t have to worry about, you know, him bringing emotion into the equation.”

“I’m pretty sure everyone feels emotion, even celebrities.” Summer turned toward the collection of blooms resting in metal buckets and selected a pale-pink flower to bring depth to the rose. She didn’t want to have this conversation, mostly because Rhett tempted her in ways she couldn’t explain. The rational part of her knew there was no way Rhett would see her in such a light, and even if he did, having sex, letting herself fall back into love with him, would leave her with nothing but a memory. Somehow having Rhett and then losing him would be worse than never having him at all. 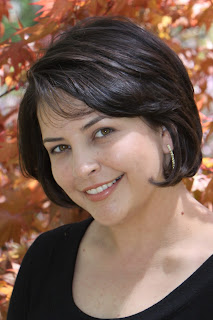 A finalist for both the Romance Writers of America’s prestigious Golden Heart and RITA Awards, Liz Talley has found a home writing heartwarming contemporary romance. Her stories are set in the South, where the tea is sweet, the summers are hot, and the porches are wide. Liz lives in North Louisiana with her childhood sweetheart, two handsome children, three dogs, and a naughty kitty. Readers can visit Liz at www.liztalleybooks.com to learn more about her upcoming novels.