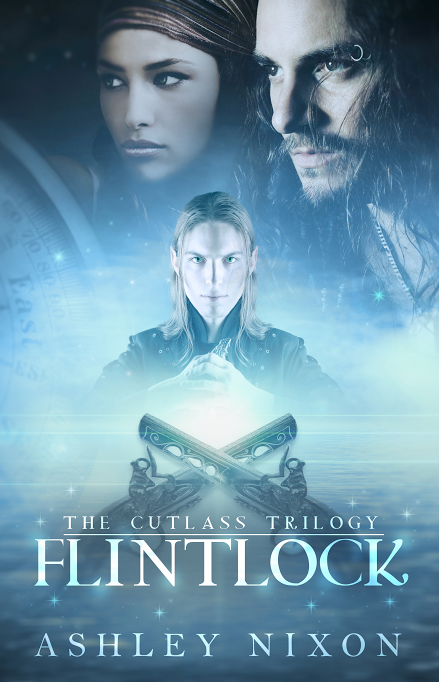 Flintlock is the second book in the Cutlass Trilogy. It continues Barren and his crew's story.


Disclosure of Material Connection:   I received this book for review from Loving the Book and the author.  I was not compensated nor was I required to write a positive review.  The opinions I have expressed are my own.  I am posting this in accordance with the Federal Trade Commission's 16 CFR, Part 255:  "Guides Concerning the Use of Endorsements and Testimonials in Advertising".

Barren Reed hopes to protect the Orient from his tyrant uncle, but his plans to make the King’s life a living hell aren’t supported by the Elders of the pirate community. As it stands, Barren has earned the Elders’ disdain for his carelessness, and they threaten him into exile if he makes one more mistake.

Barren’s not the only one feeling the Elders’ wrath—they don’t trust Larkin either. Worse, Barren can’t comprehend Larkin’s wish to have a relationship with her father, and the secrets she’s forced to keep create a tension that may pull them apart forever.

When the Pirates of Silver Crest begin to die, bullets laced with dark magic are to blame. With more and more of these weapons infiltrating the Underground, discovering who’s behind the dissemination is no easy feat. As fear and tension mount among the people of the Orient, Barren and his crew find themselves in a race against time to stop the spread of dark magic before the world of Mariana spirals into collapse.

Links to where book is sold:

We are thrilled to be bringing back this amazing author! Her first book in the Cutlass Trilogy was absolutely loved by our followers and we know that this book will be to! So first lets get to know a bit more about this Author: 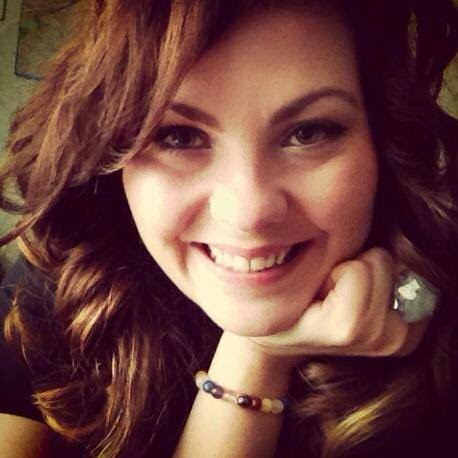 Ashley was born and raised in Oklahoma, where the wind really does sweep down the plains, and horses and carriages aren't used as much as she'd like. She has a Bachelor's in English Writing and a Master's in Library Science and Information Technology. When she's not writing she's either working out or pretending she's Sherlock Holmes. Her obsession with writing began after reading the Lord of the Rings in the eighth grade. Since then, she's loved everything Fantasy--resulting in an unhealthy obsession with the 'geek' tab on Pinterest, where all things awesome go.


Barren Reed is a man of action and you will see that right from the beginning.  Larkin is a woman who doesn’t take any B.S. from any man.  This author is great in creating her scenes – the reader will have no trouble visualizing what’s going on.  And even though she has created this series for the young adult audience, adults would enjoy this story as well.

I found it interesting how Barren voiced the exact same thing that I was thinking (and you may feel the same when you read it too).  And this is one more thing that this author is good at – getting the reader involved in the storyline.  If you loved the old pirate movies, or even the “Pirates of the Caribbean” franchise, you should love this series.  But this author kicks her story up a notch.  So be prepared to get lost in the story.   Which means that you, or your teen, will lose track of time.  Others may find it too long for one sitting but will still want to pick it up and continue it at another time.

The reader will feel as if they are apart of everything that is going on.  The only decision you will have to make is which side do you want to be on.  If you love to read fantasy, you may find this to be a home run in that department.  This is an adventure that goes on from beginning to end.  And the author shows that there are all kinds of romance – and that includes the romance of adventure, war, and magic.  She also shows the opposite of this, which is pain and death.  Don’t expect an ending for book two either.

The bad news is that I couldn’t find out the next title of the trilogy and when it’s coming out.  And the good news is that this book could be read as a stand-alone so if you haven’t read Cutlass you’ll have time to get that read before book three comes out.  It also may be incentive to find out more about this author and what else she has written.

a Rafflecopter giveaway
Posted by Lynn's Romance Enthusiasm at 7:00 AM