Thank you so much for coming to join us as we reveal a fantastic new cover!!!

Every summer has it's love story, and this compilation has 6 fantastic stories that range from historical fiction, contemporary, paranormal, to fantasy!

First, please let me introduce you to the stories included in the compilation:


In the summer of 1967, Hollywood actress, Lucinda Baker, appears to have it all-- fame, money, and an all too doting fiancé. Dark traits begin to emerge from the man she's pledged to marry, and he threatens her. Lucinda must now lean on her best friend, celebrity photographer, George Creston to escape the clutches of the dangerous relationship. Together they are forced to summon courage, and trust each other in desperate circumstances. Will they find love in the process or lose everything they hold dear, including their lives.

A Summer of Stars:

In accordance with FTC guidelines for bloggers and endorsements, I would like to clarify that the books reviewed on my blog, Lynn's Romance Enthusiasm, are provided by the publisher/author free of charge. I am neither compensated for my reviews nor are my opinions influenced in any way by the avenues in which I obtain my materials.

Have a great day!
Lynn 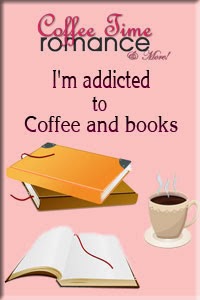