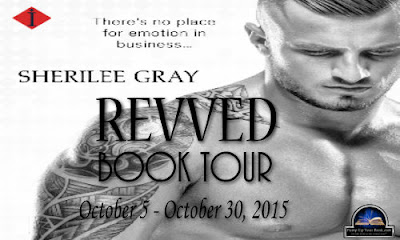 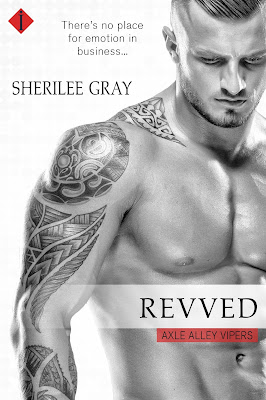 He’ll rev her up and drive her to the edge…

Rusty West swore she was done with men. Instead, she channeled her passion into West Restoration, the car shop she runs with her best friend and sister. But Rusty’s aloof composure fades when the owner of the competition comes striding into her shop, over six feet of sexy, rough-edged confidence…hot enough to send Rusty’s motor into overdrive.

Reid Parker worked his ass off to get what he wants – and what he wants is West Restoration and its crew. He never expected to find a shop of all-female mechanics…or the stunning redhead who ignites a lust that threatens his cool. But Reid plays carefully. He never, ever gets involved with a woman beyond one night.
And no matter how hot the sparks, Rusty will never compromise her business for a man…

ORDER INFORMATION
Revved is available for order at

Reid Parker owns his own business but doesn’t like competition.  Two words to describe how I first felt about him – male chauvinist.  And his language is very graphic when it comes to something he wants.  Jane “Rusty” West is a woman with an attitude.  If you’re one to see what hook the author uses to grab your attention it would be the attitude between our two main characters.  She has had an experience from her past that appears to have clouded her thinking.

If you’re a reader that likes to set the mood as you read, cars are the backdrop but I don’t think you want to sit in a car dealership parking lot.  If I could, I would ask to take a Mustang for a spin and not return it until I finished the book.  Maybe you’re a tattoo kind of person; both our characters have them – just to give you a visual.

This book didn’t read as part of a series but you do want to know about the women that run West Restoration.  I don’t think you’ll have any problem if you read this book first and then go back and read Crashed.  Then you won’t have too long to wait when the third book, Wrecked, comes out in February.  This is a book that I would read again and once all the books come out I probably will read the series from beginning to end. 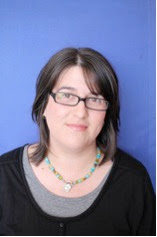 Sherilee’s always had a big (some may say warped) imagination, and as a kid scared herself conjuring up horror stories full of ghosts and other terrifying creatures. As she got older the stories changed quite a bit, but they were always there. Still, she never dreamed of actually writing down any of those wonderful imaginary people or places. Not until many years later when her sister introduced her to the wondrous world of romance novels, and her very large book collection.
She’s pleased to say, she still has the big imagination… only now her characters are chasing their happily ever after.

Sherilee Gray is a kiwi girl and lives in beautiful New Zealand with her husband and their two children. When she isn’t writing sexy, edgy contemporary romance or fueling her voracious book addiction, she can be found dreaming of far off places with a mug of tea in one hand and a bar of Cadburys Rocky Road chocolate in the other.