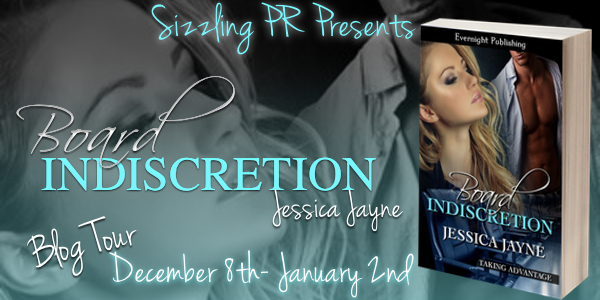 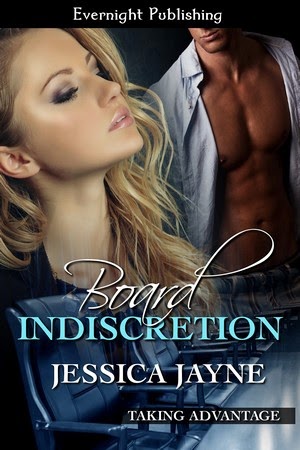 
Disclosure of Material Connection:  I received this book for review from Sizzling PR and from the author. I was not compensated nor was I required to write a positive review. The opinions I have expressed are my own. I am posting this in accordance with the Federal Trade Commission’s 16 CFR, Part 255: “Guides Concerning the Use of Endorsements and Testimonials in Advertising.”

Mark Olson isn’t just known for owning his three large care dealerships. He’s also known as a player, at least since his divorce. For a while, he believes he is satisfied as a member of Advantage Insurance Company’s board of directors and bedding a different woman every weekend. That is until someone decided to call his bluff.

Suzannah McCormick is the sweet girl working hard as the executive assistant to Advantage’s CEO. But underneath her saccharine southern charm is a vixen-in-waiting. She’s never been with a man that tapped into that side of her, but she set her sights on Mark Olson with high hopes.

Mark doesn’t realize his single status and his heart are in jeopardy.

That’s where Suzie came in and complicated the hell out of his life. She was the executive assistant to the CEO of Advantage Insurance Company, Michael Herron, and well… Mark was a member of Advantage’s board of directors, had been for several years. He loved his position on the board. Aside from the small amount of prestige it carried, he’d made great friends with the other members, particularly the two younger board members—John Dorsey and Greg Snow. A relationship with Suzie could compromise his position on the board and with the members, but truth be told, he also loved his most recent position between her legs.

If only the situation was different.

A familiar giggle wafted in from the direction of the dance floor. The delicate sound stirred his cock to life. It stiffened against his black trousers instantly.  After several weeks of clandestine meetings involving dirty talk and hard fucks, he’d know that giggle anywhere. He’d heard it many times afterwards when they lay tangled in each other’s limbs. Turning his head in the direction of the dance floor, anger heated his face and his hands clenched into fists on the bar top at the sight he witnessed.

Sandwiched between two guys that he’d now refer to as dickheads, danced the woman that wreaked havoc on his single life status.  Her little black dress clung to her trim frame, emphasizing her small, but very perky breasts and showing off her figure that could easily grace the cover of any fashion magazine. Her legs stretched for miles and her creamy white skin contrasted nicely against the jet black of her dress. Flinging her silky blonde hair over her shoulder and down her back, her pink Pursecase carrying her iPhone dangled from her wrist as her hips gyrated against her two dance partners. The taller man dancing behind her slipped his hand over her hip and rested it over her low belly as he rubbed what Mark was sure to be a rock hard erection against Suzie’s ass.

What the fuck is she doing?

First, she never came to the Beach Club. Never. In all his regular visits to this club over the last couple of years, he had yet to see her in here once. Not once!  Second, she was practically dry-humping two guys in the middle of the dance floor. That wasn’t her typical style.

Suzie was one of those beautiful women that appeared to have the girl-next-door innocence. She didn’t dress too provocatively.

She was sexy, but in that way that was just natural. Her bubbly Southern charm won over all the men on the board of directors and Mark speculated it would win over anyone. He flirted with her, teasing her on board days to get a rise out of her. There’d always been a twinkle of mischief in her eyes when he flirted with her that would leave him questioning whether he knew her at all.

At last quarter’s board meeting, she left him dumbfounded when she responded to his flirtation with a proposition. After mulling it over for a bit, which actually had turned out to be a couple weeks, he called her bluff. He asked her over to his place for cocktails and she showed up. What he learned was that there was a lot more to Suzannah McCormick than met the eye. The rest was history.


Throwing back the last remnants of his whiskey, he stood from his stool, tossed some cash on the bar, and turned toward the dance floor. He wrestled with what his next move should be.

Mark Olson is a man who has personal decisions he needs to make.  Suzannah McCormick has known Mark for a while.  Almost from the beginning you can see the sexual chemistry between these two characters.  There is no way that you won’t be able to tell how sexually into each other these two are.  The author even has the time to add in a real jerk of a character – one with no redeeming qualities.

This is a story that takes no shortcuts and is one that gets right to the point.  I didn’t get any indication, at any time, that you needed to have read Board Stiff or Board Approved in order to enjoy Mark and Suzannah’s story.  An indication about whether or not to read the first two books is if you want to know more about the other couples. But it’s my hope that if you loved this story, you will want to take the time to catch up.  My only disappointment was that it was a short read that I wasn’t ready for it to end.  But if the series continues maybe our couple(s) will make another appearance. 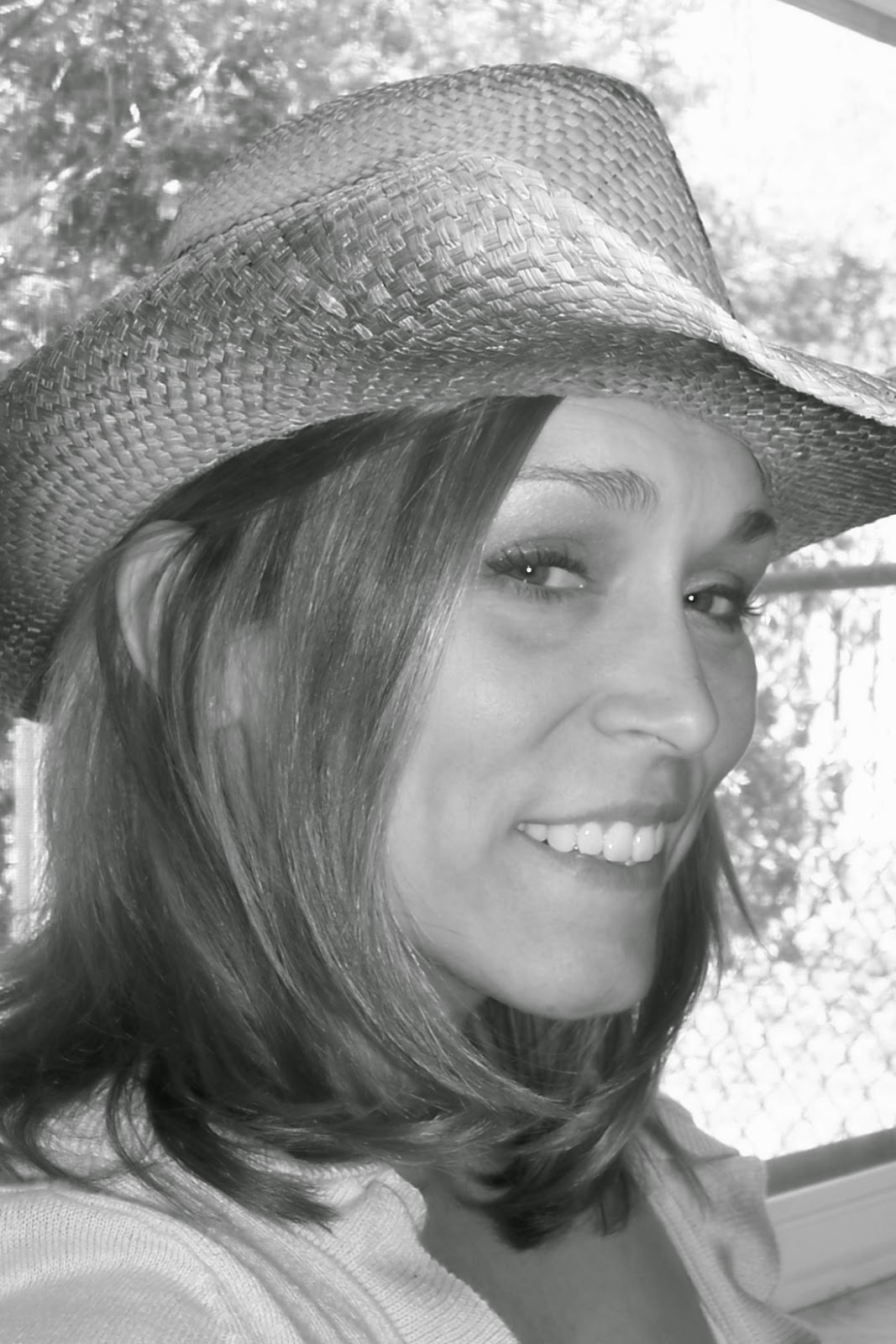 I am a born and raised small town  Ohio girl, who moved to the Sunshine State after graduating from college. I graduated with a bachelor's degree in English. What college major could possibly be better than one that requires you to read novels and write about them!  After spending a year traveling, I attended law school and use that knowledge wisely.


In the journey of life, became a wife and a mother of three children. So, life is always an adventure.


I love to read and write... obviously! I’m a huge sports fan, especially college football and the Ohio State Buckeyes!  Go Steelers!  Go Rays! Go Lightning! I LOVE to travel... LOVE, LOVE, LOVE to travel. And I love sharing my love to travel with my children. Did I say I love to travel? I love to drink coffee in the morning and tea at night! I love a good glass of wine, especially if it comes from a bottle made by the FOOLS wine club… yep, I’m a founding member of that crazy group!  ☺  I love hanging out with my family and my friends!  Music makes me happy. I’m a mix between country girl and city chic. But I love nothing more than putting on my jean shorts, tank top, cowboy boots and hat and watching Tim McGraw or Eric Church belt it out!  I’m a sucker for a cowboy hat!