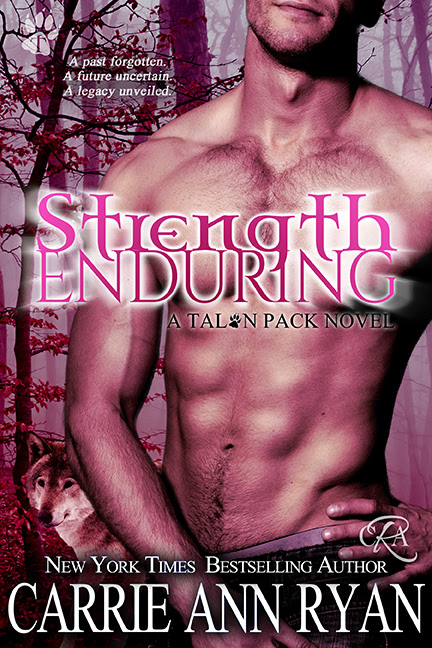 In the penultimate novel of the Talon Pack series from NYT Bestselling Author Carrie Ann Ryan, an Enforcer must make the ultimate choice when it comes to a human woman with a secret she doesn't know she holds.
Kameron Brentwood has only one thing on his mind: defeating the enemy. He doesn't have time for a human woman who sets his teeth on edge and makes his wolf prowl. It shouldn't matter that she's his mate because he's always thought that mating is a distraction. Yet as soon as he gets to know the woman, he figures out that there's no hiding from the attraction he feels for her.
Dhanielle Coburn has always been on the outside looking in when it comes to the Talon Pack, but she's not about to let fate and the moon goddess decide her path for her. If and when she takes Kameron as a mate, it will be her choice. Yet when she suddenly finds herself in the Pack's inner sanctum, deeper than she ever thought possible, she has to fight not only her need for the man in front of her but also a hidden secret about her family she didn't even know she had.
When the choice is pulled from both of their hands, the two will need to learn who they are apart, and who they can be together. Because there's more to mating than a mark and a prophecy that has come back to haunt them. And even though they may be fated, the ultimate sacrifice just might take them both in the end.

Get your hands on STRENGTH ENDURING now! 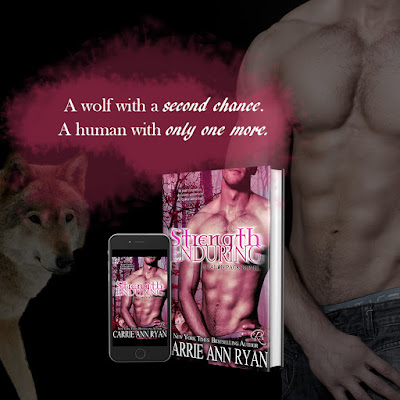 “Never use the word mistake when it comes to me again. Whether we learn each other or are ready to walk away, it’s going to be both of our choices. Not fate. Not yours alone. Get your head on straight, and then we can talk.”

He let out a growl. “I have my head on straight, and it’s telling me that I need to put all of my energy into fighting against Blade. And I know that’s not the right thing to say, I know that I’m probably going to get burnt to ash if lightning strikes me down for my words, but I wasn’t counting on you, Dhani. I never thought I’d find a mate. Not really. And I don’t know what I can do about it now. Because as you can tell from that kiss, I want you, but I don’t know if I’m the best for you.”

Again, he hadn’t meant to be so honest, but there was something about the woman in front of him that made him want to bare the truth— and his soul. And he didn’t think it was just that they could be mates. He knew he was fighting this against his wolf’s wishes. He knew it was probably a mistake, but what if he gave in and she lost her life because of his decisions?

“If the other Pack comes after me, if they come after the Pack, you could get hurt. I don’t know if I could forgive myself for that.”

She let out a breath and shook her head. “I don’t know what to do either. Because, honestly? My life is in a state of flux as it is. Something’s coming, something’s changing, and I don’t know why, but I know it. I don’t know why I’ve always known.” She held up a hand when he would have questioned her further. Because, dammit, he wanted to know what she meant by those cryptic words. “One day, I might elaborate on that, but today is not that day. I’m not going anywhere, but then again, neither are you. And there’s no rule that says we have to jump into each other’s arms right now. One day at a time. Let’s just figure out how to live within the same wards, and then the rest will come. Oh, and Kam? That was a damn good kiss.”

And with that, she walked the opposite direction, leaving him with a hard-on and a muddled brain. He might think he knew what the right path was for him, but one moment in her presence and everything went out the window. Dhani was a temptation for sure, the only problem was, he wasn’t sure he was strong enough to fight that and what was to come. Not while keeping her safe. 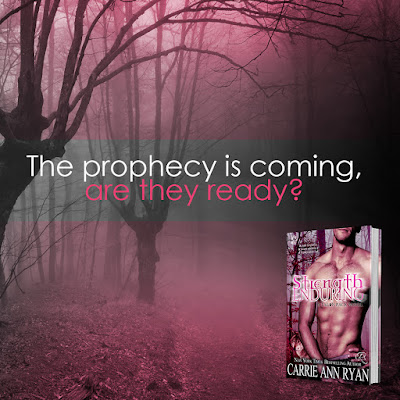