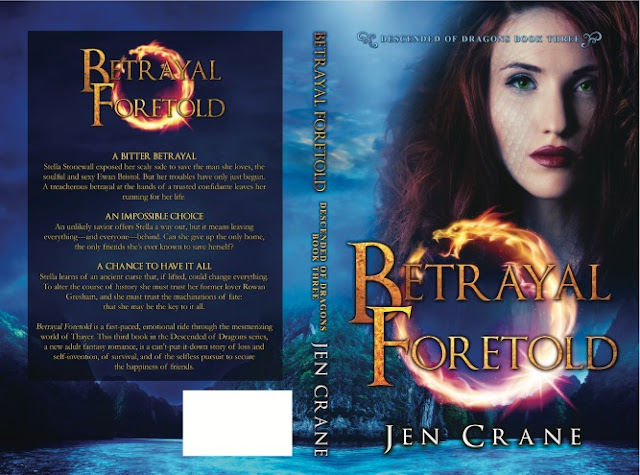 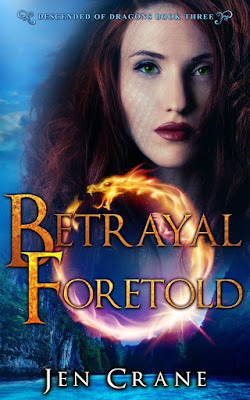 A Bitter Betrayal
Stella Stonewall exposed her scaly side to save the man she loves, the soulful and sexy Ewan Bristol. But her troubles have only just begun. A treacherous betrayal at the hands of a trusted confidante leaves her running for her life.

An Impossible Choice
An unlikely savior offers Stella a way out, but it means leaving everything—and everyone—behind. Can she give up the only home, the only friends she’s ever known to save herself?

A Chance to Have It All
Stella learns of an ancient curse that, if lifted, could change everything. To alter the course of history she must trust her former lover Rowan Gresham, and she must trust the machinations of fate: that she may be the key to it all.


Excerpt (792 words):
Time spent alone is precious.
It’s cleansing, it’s rejuvenating, it’s fortifying—until it’s not. I had soul-searched and introspected until my deficiencies clung to me like a throng of specters.
Over the last few days, the people of Thayer had learned dragons were not, in fact, wiped out hundreds of years before, and word had spread like wildfire that I was a member of the notoriously villainous species. My world turned upside down in a flash, and the capricious tide of public sentiment turned against me.
I sat, licking deep emotional wounds in the primitive cabin deserted only days before by the three Drakontos dragons—and my relatives—my Grandmother Bay, my Uncle Eiven, and my cousin Stryde. An official Radix committee and the Thayerian authorities conducted searches and quizzed my known associates to learn both my whereabouts and the extent of their knowledge.
My friends had proved faithful and generous in the days since I’d fled our magical grad school, Radix Citadel for Supernatural Learning, or The Root, as most commonly referred to it. But my friends couldn’t be expected to spend every waking moment at my cabin hideaway. Ewan, Boone and Timbra, and sometimes Layla visited when there was no risk of being followed, but it hadn’t been frequently enough to stave off my loneliness.
My arms hung at my sides as I stood in the center of the cabin, too restless to sit, to read, to think. The absence of sound was so prevalent that every tiny noise seemed to roar in contrast: the scratch of a branch against the roof, the drag-tick of an old clock, the whistle of wind through the dense forest.
“Hello,” a deep voice called from outside. “Stell?”
Ewan. Thank God. I raced through the cabin door and found him standing just beyond the front porch. Ewan Bristol rarely deviated from wearing black, and when he did, it wasn’t far. A dark blue V-neck lent contrast to his skin, which tanned easily and well.
I crashed into him, holding him close, and delighted in the solidness of him. Ewan always smelled of the forest, of juniper or fir, and I inhaled his scent while I had the opportunity; before he could leave again. I closed my eyes and absorbed the comfort of his arms, of his warm body.
It wasn’t just that I was so lonely I’d begun talking to the furniture. I missed the sexy squint his eyes took on, the uneven slide of his lips when he thought I was funny or clever. I missed the way his mouth went slack when my top slipped to reveal too much cleavage. I missed his level-headed advice and unyielding support. I missed the way people stopped and listened when he spoke. I missed Ewan.
“Hi,” I said and beamed up at him. His pleasure mirrored mine. It was there for me to see, completely unguarded in the depths of his dark eyes.
He kissed me high on the cheekbone before finding my mouth. Think me arrogant if you like, but I’ve always considered Ewan and me the best kissers ever to lay lips on one another. My mouth fit perfectly against his, his full lips complementing my smaller ones. With a groan, he pulled me so tightly into him I gasped for breath. He had missed me, too.
My Radix-issued personal interactive assistant, which I’d named Pia, chirped from the cabin just as I felt a buzz through the fabric of Ewan’s shorts.
“Stella,” Pia called, “you have received a message from Dean Livia Miles.” I shot a questioning glance at Ewan, who shrugged and fumbled in his pocket for his own device.
When I didn’t answer right away, Pia repeated the notification. “Stella, you have received a message from Dean Livia Miles.”
I hurried inside to see what Dean Miles could possibly be sending. The last I’d heard, she was on a vicious rampage to condemn and disgrace me.
When I emerged from the cabin, still scrolling to access the message, Ewan’s posture was bunched, coiled. A toy soldier wound too tight.
I dropped my arms to my sides, still clutching Pia in one hand. “Ewan? Ewan, what’s wrong?”
When he looked up, his dark eyes were black holes within his blood-drained face.
Someone died. What else could produce such a severe response?
“She…” Ewan cleared his throat. “She sent the entire school your journal entry.”
“What? Who did? What are you talking about? What journal entry?”


His face held such pity. “Dean Miles. She sent the entire campus a student journal entry you wrote detailing your dragon, your family…everything.” Ewan whispered the last. He walked to the fire pit and slid onto a log seat. 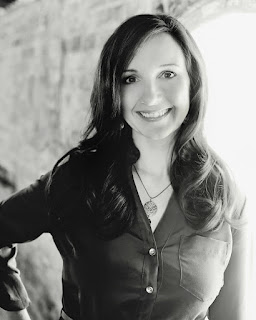 Though she grew up on a working cattle ranch, Jen Crane has been into fantasy and sci-fi since seeing a bootleg tape of The Princess Bride.

Jen has a master’s degree and solid work histories in government and non-profit administration. But just in the nick of time she pronounced life too real for nonfiction. She now creates endearing characters and alternate realms filled with adventure, magic, and love.

Jen is happily living out her dream in The South with her husband and three children, striking that delicate balance between inspiration and frustration.

Book 2 in Jen's new fantasy romance series, Descended of Dragons, was selected by iTunes/iBooks as "Our Pick" in fantasy/sci-fi.

Sign up for sneak peeks, news, and giveaways at http://bit.ly/Jen_Crane_Newsletter