One night, one tryst can change everything...

Enter a world of passion and mystery where dashing heroes and dauntless heroines come together in a scorching conflagration that will will tip your world on its end.

When Deveny Hargrove rescues a waif in a rainstorm in the middle of nowhere, he has no idea that she represents his long-awaited chance at vengeance. When she offers him her virginity—in an attempt to escape an unwanted society marriage—he has to agree. To his surprise, very little of his motivation stems from punishing her brother.

The fact is, Matilda Paddington represents his chance at revenge...or redemption…but his choice could destroy them both. 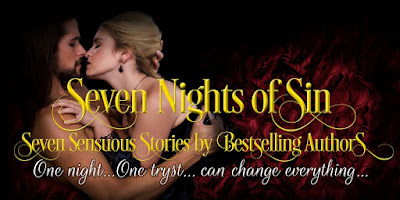 Can one night with a rake be enough for a lifetime?

Miss Bella Lacey desires to accomplish two things before settling into an unfulfilling marriage to the man her father has chosen. First, she intends to inveigle a goodly amount of money for her orphans from a man of means, and second, to have one night of passion to help her endure the dreary years ahead.

When Derrick, Lord Eaglestone, a wealthy viscount with a scandalous reputation, agrees to donate to Miss Lacey’s charity, he has only seduction in mind. Little does he suspect that Miss Lacey has already chosen him to debauch her before she weds another. The lady has virtually fallen into his lap, but much to his annoyance, he finds himself reluctant to oblige her. 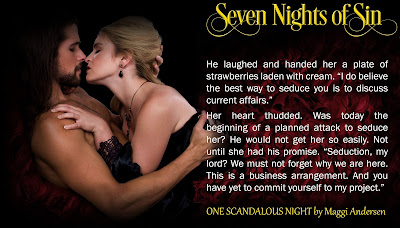 THE DEVIL YOU KNOW by VICTORIA VANE - http://www.victoriavane.com/

When dealing with the Devil, it's easy to get burned…

Who can find a virtuous woman… Beautiful, respectable, and dutiful, Lady Diana Palmerston-Wriothesley has long resigned herself to her twelve-year loveless and childless marriage to a feckless husband…until his gambling pushes them to the brink of financial ruin.

Sometimes the devil is disguised as a gentleman… Viscount Ludovic, "The Devil” DeVere is accustomed to taking what he wants heedless of the cost, until he encounters a woman who won't be had at any price.

She found heaven in the devil’s arms... When Diana discovers a secret that shatters the carefully built façade concealing her private pain, she seeks aid and comfort from the most unlikely place…the devil's arms. But will a single night of heavenly passion damn them both forever? 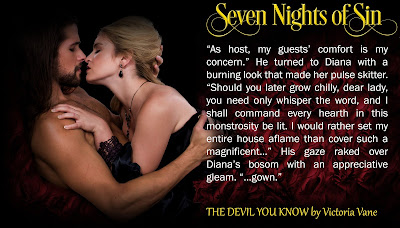 UNDER A SILVER MOON by HILDIE MCQUEEN - http://hildiemcqueen.com/

The shadows of the past fall over Silver City, Idaho casting its darkness over a man and a woman attempting to start anew.

When US Marshal Lucas McKade and new deputy of Silver City decided to settle down, he didn't consider how his presence could bring complications to the townspeople of his new home. Against every instinct he seeks out apothecary owner Camille Johnston, a woman who calls to his basic nature to protect and to make his.

Camille Johnston knows that eventually the secrets of her past will come to haunt, yet she hopes to keep things hidden as long as possible and enjoy her lonely but peaceful existence in Silver City. The new deputy brings with him desires she'd thought firmly shut away. A relationship of any kind comes with very dangerous consequences.

A story of Lucas and Camille, who attempt to leave a past behind only to find true happiness, comes when they face it. 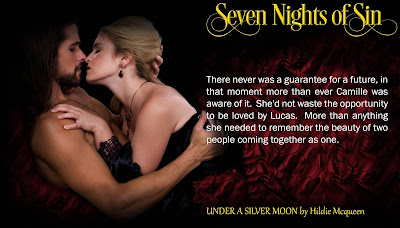 He can't resist a woman in trouble. Will he ever learn?

Joshua Forrester is a man of the world, returning to London after receiving a wound in a Parisian duel. He's done it again - out to save all womankind. When will he ever learn not all women want to be saved? In London, he is reacquainted with a family friend and now widow, Char Dunlevee. He is charmed - and appalled. He knows her secret and is furious his friend, Char’s now dead husband, could have left her in such circumstances. He can save her, if she will only say yes to his proposal.

Char has other plans. Joshua would make a perfect husband—for one of her sisters. She doesn’t need to be saved. Seduced perhaps…? With one kiss, Char forgets her plans as she is drawn closer to the enigmatic and dear Mr. Forrester. 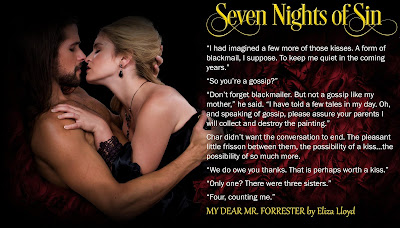 WHAT HE WANTS by LYNNE CONNOLLY - http://lynneconnolly.com/

London businesswoman Annie Cathcart can’t bring herself to enter into another business arrangement masquerading as marriage. When her current landlord demands her hand in exchange for her continued use of the property, there is only one answer—she must find another house. Upon inquiring after a property owned by the dashing Earl of Carbrooke, the last thing she expects is an indecent proposal. Forced to choose, should she risk everything she’s worked so hard for and trust a man she hardly knows —or sink back into her lackluster life?

Upon unexpectedly inheriting the Earldom of Carbrooke, Gerald Dersingham fears his carefree days are behind him—until a sensuous widow inquires after his former residence. Unable to resist the temptation to have one last liaison before settling down with the lovely but boring Lady Elizabeth, he offers her one night of passion in return for the lease, little knowing how explosive and far reaching the consequences will be.... 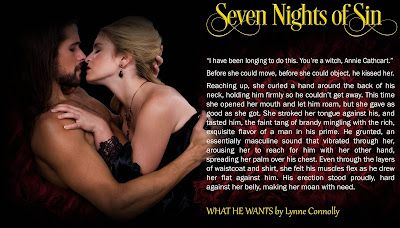 Love revealed at a courtesan’s ball.

Brenton, Lord Mallory, attends his first courtesan’s ball in ten years to appease his concerned friends, though he’d rather stay home and read to his motherless daughters. To protect his friend, Lady Lillian Armstrong, Brenton hides her in a wardrobe, but his resistance, and years of self-imposed celibacy, shatters when her soft curves press against him.

Though mortified that Brenton unmasked her at the scandalous ball, Lillian doesn’t regret their night together. But will the object of her girlish adoration still treat her as his best friend’s little sister, or will he now see her as a mature and willing woman? 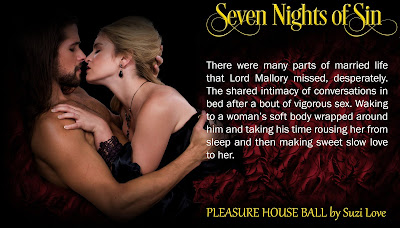