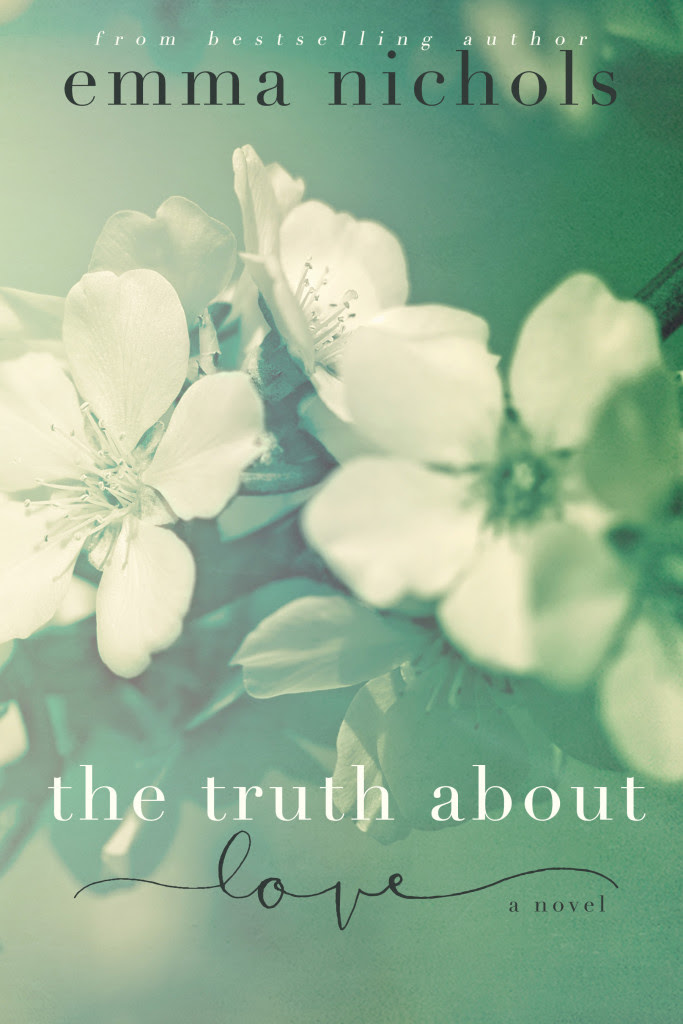 Buy now on Amazon or read for FREE on Kindle Unlimited!

Where most stories end, this one begins. Nina and Shane are already married and have a special needs baby. Life isn’t the fairy tale she imagined. Their happily ever after has never seemed so far away. Then one October, everything falls apart. Years of addiction result in Shane having a complete breakdown. Nina must decide whether to keep the family together, or keep Kylie safe.

The choice isn’t simple. The results are unexpected. The journey to happiness is long and difficult. See, the truth about love is that it’s messy, challenging, exhilarating, exhausting, and scary. Most of all, real love never ends. 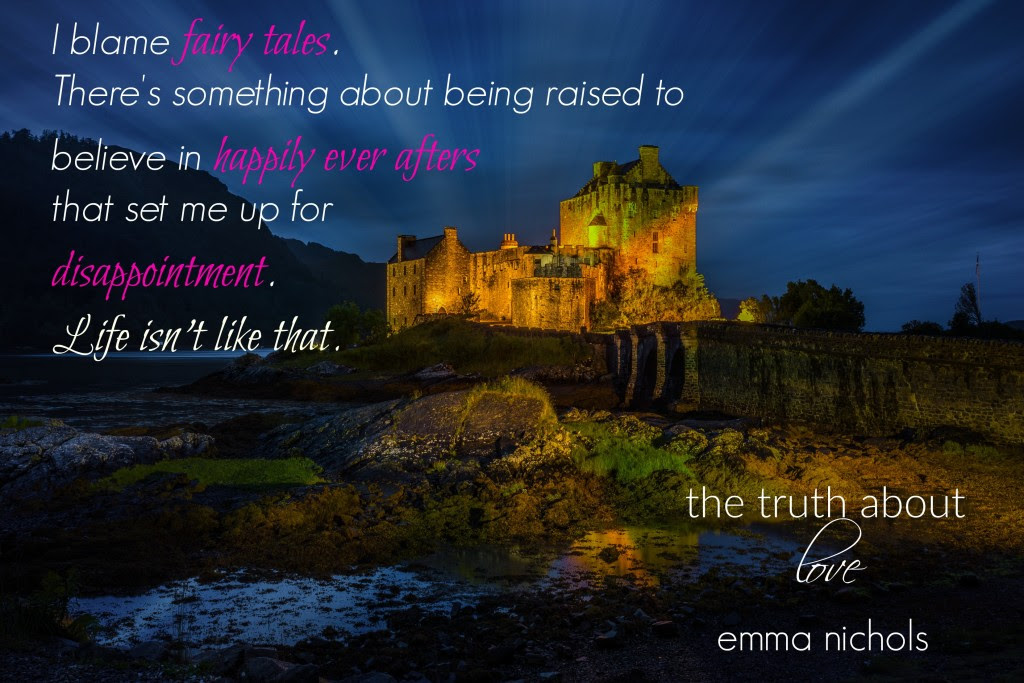 There was something about being raised to believe once I found my prince, I would get to live happily ever after which set me up for disappointment. Life isn’t like that. Yet time after time, fairy tale after fairy tale, this was where the story ended.

We don’t get to see how Prince Charming snores, leaves the seat up, goes out hunting with the guys a little too often, or isn’t as loving and supportive as Cinderella imagined him to be. Oh, and the Prince, well, he might just tire of a bunch of rodents running around in clothes, coupled with a wife who talks to animals and bursts out in random songs.

The chase is what’s glorified. This is why marriages fail. How can they possibly live up to the hype of the chase? How could anything compare to the excitement of new love? 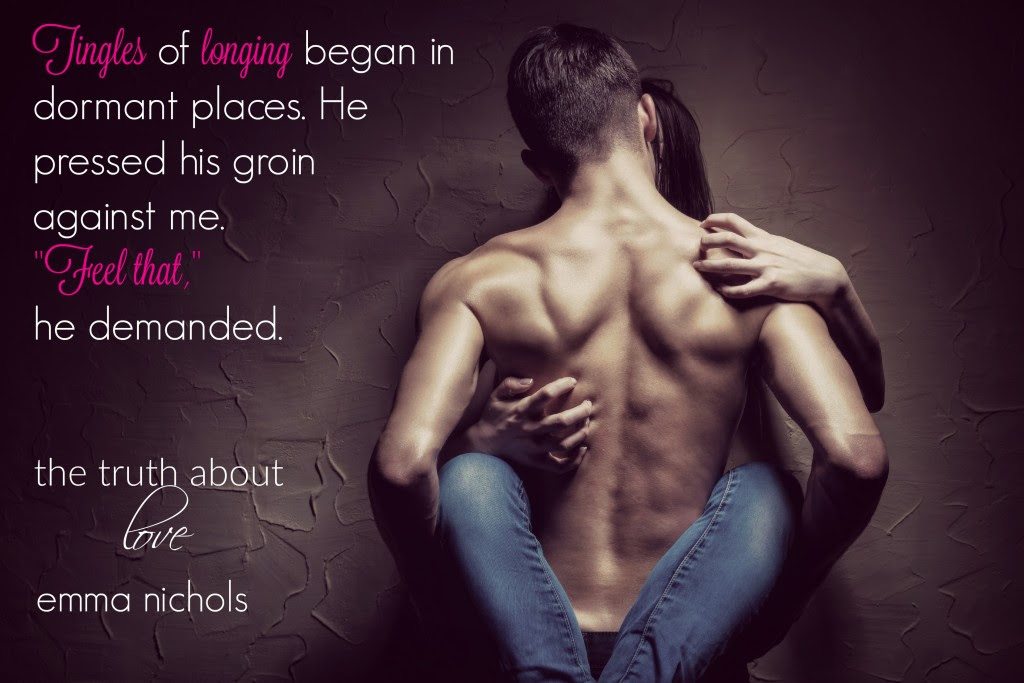 “What do you want from me?” He sat up and reached for me, but I pulled away.

“I want to be able to carry on a conversation. I want you around. You care about the pills more than me.” I bit my trembling lower lip.

“No I don’t! Nothing is more important than you, but I can’t do this without the pills.” His brow furrowed.

“Well, I can’t do this with them.” Swiping at my eyes, I met his gaze for the first time. “We don’t even have sex any more.”

Shane backed into the corner of the couch and glared at me. “It hasn’t been that long.”

A hollow laugh escaped my throat. “It’s been six months.” My eyes narrowed. “You don’t even know.”

“What? You think I’m cheating on you?” His hands rose in frustration.

His voice was low, barely more than a whisper. “It doesn’t feel good.”

I leaned close, one eyebrow raised in challenge. “It’s the pills. Because of them, you feel nothing.” Without uttering another word, I rose from the couch and strode into the bedroom, not stopping until I had reached my walk-in closet. Pulling out my suitcase, I laid it on the bed and unzipped it. By the time Shane had entered the room, I had already emptied my sock and underwear drawer.

“You’re leaving?” He stuffed his hands in his pockets. “We’re through?” His head hung, but I caught him glancing at me nervously.

“I deserve better than this. I deserve a man who can be a husband, who loves me more than he loves getting high.” I stood a few feet away from him, my arms crossed over my chest. “I want marriage and kids. I want to not have to worry when my husband will come home and whether he’ll live another day.”

“You said you’d love me through it!” His voice turned whiny.

Shane came up behind me and wrapped his arms around my middle. “I’ll quit.” His voice shook as he spoke. “Be patient with me. We’ll get through the wedding and I’ll quit.”

Pausing, I considered his offer. “Why not quit now?” I twisted in his grasp to face him.

“It’s too much with the wedding planning. I don’t want to fall apart. I want us to have a good day, a good weekend.” He leaned over and kissed the tip of my nose. “I love you, Nina. I’ll always love you. I can’t do this without you.”

Frowning, I stared at him. He seemed frightened, even as he tried to act confident. I clasped my arms around his neck. This man. I had to love him. There was no other explanation for this. “Promise,” I urged.

“Promise.” He echoed. The words were whispered in my ear, sending chills up and down my spine. Tingles of longing began in dormant places. He pressed his groin against me. “Feel that,” he demanded.

For the first time in such a long time, Shane had an erection. It seemed too much to hope for. Slowly, he began to undress me, yanking my shirt up over my head. He smiled as he reached behind me to unhook my bra. As it slid down my shoulders, exposing my already hard nipples, he grinned.

“Hello, girls,” he murmured as he dropped to his knees before me. Seconds later, he had them in his mouth, lavishing attention on first one, then the other.

My insides quivered in anticipation. It had been so long, I’d be lucky to last three minutes with him inside me. Eagerly, I undressed him, pulling his polo shirt over his head, then fumbling with his belt.

“I got it.” Shane seemed as impatient as me.

Soon, we were naked and rolling around passionately on the floor. As I felt him press against my wet opening, I pushed on his chest. “Condom.” I reminded him gently.

Shaking his head, he frowned. “We’re getting married soon. It doesn’t matter.” Then he turned his attention back to pleasuring me.

Four weeks later, a test confirmed I was pregnant. Six weeks later, I was walking down a dock on a mountain lake to meet him under the gazebo and say our vows. Autumn glanced at me sideways. “Well, I don’t know about you, but I’m still hungry. Let’s go eat.”

I had to give her credit. She knew how to help me through a tough time. “Where to?”

In the end, we drove to a bar near the house. Though she claimed to be hungry, as soon as we made it past the bouncer, Autumn ordered a drink. Me, I ordered chicken wings. Before the food had even arrived, however, I grabbed her arm. Whirling to look at me, she asked, “What?”

My heart raced and the air was caught in my lungs. “He’s here.”

“Where?” She looked about the room. “Wait. How would you know? Your back has been to the door the entire time.”

Grabbing her upper arms, I smiled. “I can feel him.” It felt impossible to explain. All I knew was for as long as we’d been together, I could always sense his presence. I could pick him out of a crowd instantly. When he even turned onto our street, I’d know he was near. This time was no different. I moved, placing my back to the bar, and in half a second, I made eye contact with him. Though I wanted to rush to him, I waited. He’d have to make the move. He was the one who ended things.

Instead, a tall, built guy came over. “What’re you drinking? Next round’s on me.”

“Oh, I’m not drinking. I’m driving.” I pointed to the Coke on the counter.

He grinned. “Not anymore. So what’s your drink?” He looked me up and down. “Cosmo?” He guessed.

Suddenly, a hand snaked around my waist and drew me close. I didn’t have to look. I knew it was Shane even before he planted the kiss on my neck.

“Hey, babe.” He greeted me loudly. “Joel.” Shane nodded at the guy who had been trying to pick me up.

“You two know each other?” My brows quirked in surprise.

Joel tugged at his chin. “I was just thinking the same thing about the two of you.” He eyed Shane suspiciously. “Sorry, brother. I’ll see you later.”

Once he’d walked away, I waited for Shane to release me, but it never happened. Peeking up at him, I feared the look I’d see on his face. Sure enough, he was scowling. “What?” I grumbled. “I didn’t do anything.”

“You should’ve gone home.” He turned my body to face him then planted his hands on my hips.

“I was hungry,” I complained.

Leaning low, he spoke sternly. “You could eat at home.”

Angrily, I crossed my arms over my chest. “I shouldn’t have to. And, as I recall, you’re not the boss of me. We broke up, remember?” My chin jutted out in defiance.

Shane’s head tipped back and he let out a laugh. I softened some. When he looked at me again, his eyes sparkled. “Have you thought about tonight? Because I can’t stop thinking about it.” He wore a lopsided grin. “I can’t get away from you! When you’re around, I can’t stay away from you either.” He shook his head as if in disbelief. “You somehow made it to the station before I did, even on those little stumpy legs.” He loved teasing me about my diminutive height.

“I can be fast when I need to be.” I looked up at him shyly through my equally stumpy eyelashes.

Chuckling more, he continued. “At my house, I watched you pack, but I couldn’t let you go.”

My head tilted to the side in confusion. “What do you mean? I left.”

“Right. My head kept telling me to let you go, but my heart.” He laid a hand over his chest. “I ache without you, babe.” He bent his head and kissed me on the lips. This man who hated PDAs and for the longest time had refused to even hold my hand in public, was now kissing me for the entire bar to see. When he pulled back, I felt even more confused than before. “I told you it didn’t feel like the end.” He growled, obviously frustrate with the situation.

My hand wrapped around his neck. Gradually, I pulled him closer while a war waged inside him. As I hoped, we were soon kissing, our lips locked, the rest of the world melting away. The chicken wings were completely forgotten. What did I need food for, when being with this man filled my heart and fed my soul? As I pulled back, he whispered against my lips.

“That’s because it’s real,” I explained, as if I had any experience in this realm. “True love never ends.”

His eyes shot open, a smile slowly spread across his face. “Then I guess I’d better keep you.” 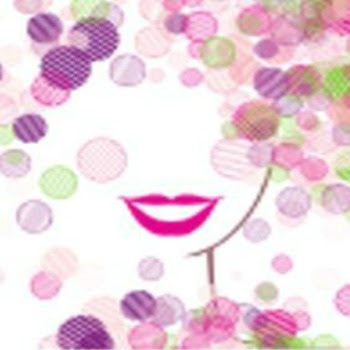 What made her decide to be an erotica author?

How else was she going to parlay her two favorite past times into a career?

Emma is single and loving it. Like her first character, Alysin, Sin for short, she doesn't believe in settling or in settling down. She loves to indulge in her passions whenever the mood strikes and enjoys keeping all of life's cliché moments spicy.

Known for her sense of humor, Emma surrounds herself with friends whose antics often become the source of book fodder. Her ideal situation would be to explore the Caribbean while writing. She pursues that dream daily.