Disclosure of Material Connection:  I received this book for review from InkSlinger PR and the author. I was not compensated nor was I required to write a positive review. The opinions I have expressed are my own. I am posting this in accordance with the Federal Trade Commission's 16 CFR, Part 255: "Guides Concerning the Use of Endorsements and Testimonials in Advertising". An Oscar, a Tony, an Emmy, a Grammy—she has them all.
She's the most sought-after woman in Hollywood.
Even if her rise to fame was a fluke, you can't deny the camera loves her.
The problem is so does everyone else, and she's about to leave on the biggest concert tour of her life.
Headlining for the first time in five years.

Around the world in ninety days. Should be a piece of cake.
Until her new security detail walks in the room and she’s looking into the eyes of the only man who didn’t fall for her charm.

It's only a matter of time till he falls for Hollywood's Princess. Kellie Hudson shows us how life can change in an instant. She has a good friend in Cori that I couldn’t wait to see what the author does with her. Brian’s job is to make people feel safe. This story is all about the mystery and how it revolves around Kellie.

Having this story come out just after the Oscars were televised on Sunday was perfect. It gave me a way to picture everything that Kellie has accomplished. It also helped with my thinking how much some of our most famous people have to deal with. Brian is one of those that we really don’t see. They’re meant to blend in and that means they’re doing their job. Makes me glad that I don’t live my life in front of the whole world.

Make sure to have a snack at hand. Every time I turned around, or at least it felt that way, they were talking about food. In this case, it might be a good idea to read this during your mealtimes. This story is not all about food. We also get to travel as Kellie takes us along with her as she does a tour. But the most important part is the mystery of someone that wants Kellie’s attention. And they do things that will grab my attention as well. There’s tension and plenty of “will they” or “won’t they” moments and that’s just icing on the cake. We get a happy ending but for me it was like hitting a wall – it came to an abrupt halt. That’s a good thing because now I want to know what’s coming up next. 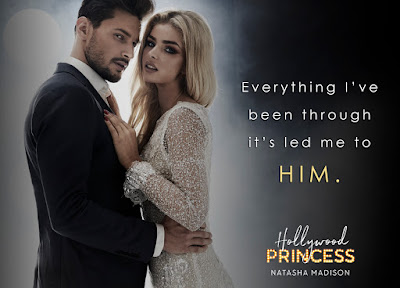